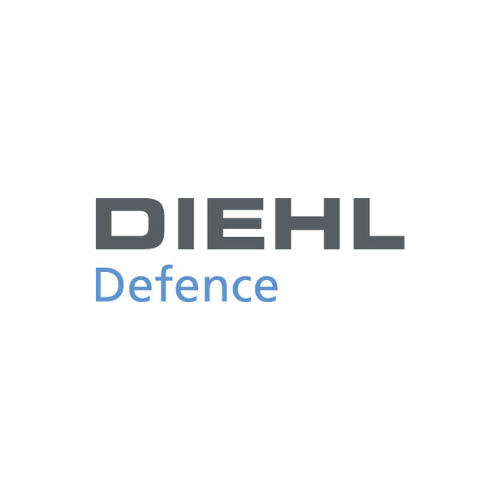 Diehl Defence combines the activities of the Diehl Group in the area of defence and security. It is among the global technology leaders regarding the development and production of advanced guided missiles, medium- and large-caliber ammunition as well as system solutions for ground-based air defence.

For naval applications, the VULCANO 127 mm SAL sensor can easily (plug & play) be exchanged by a FarIR infrared sensor for autonomous target engagement. Moreover, the mission can be performed with merely GPS homing employing the Multifunctional Programmable Sensor to guide the ammunition to the predetermined coordinate.

GMLRS SMArt is a fully qualified guided artillery rocket which is effective against hard targets in up to 85 km distance from the MLRS launching platform. GMLRS was jointly developed as a universal carrier rocket for different payloads. In the GMLRS SMArt version, four SMArt Sensor Fuzed Submunitions can be precisely delivered above the target area due to the highly accurate Guide & Control section (inertial and GPS sensors). The four SMArt effectors can be individually programmed in order to achieve an overlapping search pattern per rocket. By using three independent sensors (infrared, active radar & radiometer), each submunition can automatically detect and engage targets within its search radius. The projectile penetrates steel armors (RHA) up to 135 mm by “top attack”. If no target can be found, two independent mechanisms ensure the self-destruction of SMArt. GMLRS SMArt combines the outstanding features of two combat proven systems and equally contributes to an effective and efficient expenditure of ammunition.

With its unique integration philosophy, Diehl Defence offers a most modern, 360 degree air defence system to its customers. The possibility to integrate various sensors and effectors forms the basis of customized solutions.

Core of the air defence system is the IRIS-T SL missile. Targeted adjustments in aerodynamics and propellant enable an extraordinary range of 40 km and a height coverage of 20 km. The thrust vector control enables maximum lateral acceleration directly after launch and by that allows fighting against targets at very short-range.

An effective and economical solution to realize an air defence system for short and very short-ranges offers the usage of the IRIS-T air-to-air missile as a surface-to-air missile. For this, the unchanged IRIS-T gets updated with an adapted software. Thereby, already introduced and procured missiles can be used in an alternative way. The system achieves performance parameters of up to 12 km in range and 8 km in altitude.

HPEM (High-Power Electro Magnetics) effectors offer the possibility of disturbing the operation of electronic systems by means of interference pulses. The non-lethal effectors can be applied to protect armed forces against Improvised Explosive Devices (IED), to stop getaway vehicles in moving traffic without employing physical force and to prevent unauthorized access to critical security areas, like camps.

Moreover, HPEM effectors can counter small, unmanned vehicles in the vicinity. As last line of defence, HPEM SkyWolf is a very effective method to stop also waypoint navigated or autonomous drones and swarms, which cannot be jammed. The HPEM effect is working without any time delay.

Furthermore, HPEM SkyWolf can be combined with various sensors for detection and verification and it can be easily integrated into command & control systems.