Data from the Ukraine conflict shows that artillery causes approx. 85% of all losses on both sides. While Ukrainians generally have used the artillery with considerable efficiency in the defence combat, it’s on the Russian side that we see some trends that are important to note. Among other things, there’s a growing Russian emphasis on firing with multiple rocket artillery.

M270 MLRS was introduced in the U.S. Army in 1983. The M270 was designed and optimized to impact on large surface targets during the Cold War situation. The weapons system, which fires 230 mm rockets from a tracked vehicle, is in use by many nations and NATO forces. Twelve M270 for the Norwegian Army was to be used for firing at long range and fire support for the manoeuvring units. When the M270 was introduced in 1998, a rocket was fired called the “Army’s Super Sledge”. In addition to the M270, the project included an improved version with a navigation system, including emergency ammunition preparedness, exercise ammunition, logistics, workshop equipment, and documentation. Ammunition of various types was to be procured over the entire duration of the project based on market availability and operational needs. Upgrading of the rocket launchers was planned for 2004 and deliveries of bomblets ammunition in 2003.

CCM is an international treaty that prohibits the use, transfer and storage of cluster munitions, a type of explosive weapon that spreads “bomb blasts” over an area. The Convention was adopted on May 30, 2008, in Dublin. It came into force on August 1, 2010. As of September 2018, 108 states have signed the treaty, including Norway and 104 have ratified or joined it. Russia, China, the United States and many more have not signed the treaty. In the then Norwegian Army’s rocket artillery, only cargo grenades with bomblets were procured in the project. When this ammunition was banned, the Norwegian M270s was put into storage. As of 1998, the project’s total framework was NOK 2.8 billion for this weapon system, but material for only approx. 1.5 billion was purchased before choosing to stop the project. Long range ammunition types with greater range, firepower and precision are now available that do not violate CCM.

MLRS was used to support Operation Iraqi Freedom in March/April 2003.

The US Army placed a $ 22.1 million order for the M270 upgrade kit and had upgraded the M270A1 MLRS and Army Tactical Missile System (ATACMS) in February 2011. In May 2011, the Finnish Army placed a $ 45.3 million order to upgrade their twenty-two M270 in order to use precision-guided rockets. Italy upgraded its MLRS to MLRS improved. France upgraded its M270 to use 227mm M31 high-explosive (HE) unitary warhead Guided MLRS. The upgrade was necessary following France’s ratification of the CCM, which excluded France’s existing M270 ammunition. The German army has been using M270 since 1990, designated the MARS – Mittleres Artillerieraketensystem. After 2010, the MARS system has in general been optimized and further adapted to network centric operations and for operational fire (MARS II). MARCH II is a system that, with the use of guided artillery rockets, provides the desired effect against targets with the necessary precision and range in most weather conditions. Through the upgrade to MARS II and the use of the “Guided Multiple-Launch Rocket System”, a range of> 70 km and high precision is achieved. The firepower is the firing of 12 rockets within approx. 60 seconds. Multiple types of rockets can be selected depending on the target and with optimized sub-ammunition. A type of rocket with a warhead called SMArt (Suchzünder-Munition-Artillerie”) has been tested but is not at moment purchased. All MARS II is equipped with the new “Electrical Launch Drive System/Electronic Positioning System” developed by KMW, which enables quick positioning of the weapon system and replaces the previous maintenance’s intensive hydraulics. A new fully automatic and ozone-free fire extinguishing system for the engine compartment ensures automatic fire monitoring and fire control. This upgrade package is used in Germany and Italy.

CHUNMOO (Korean ~ “covers the sky”) is the new, next generation multi-calibre rocket artillery system. It can fire guided 230 mm class rockets and unguided 130 mm class rockets. CHUNMO MLRS consists of a launch unit and weapon carrier. The Weapon Carrier is a wheeled vehicle system that, along with ammunition after-supply vehicles, has high mobility and combat endurance. CHUNMOO can quickly run into a position, fire the missiles and hit the enemy with accurate and powerful fire, and then quickly drive away. https://www.youtube.com/watch?reload=9&v=aDWIFITr9cs

A full salvo can be fired directly triggered from the vehicle cab, or remotely controlled via wired remote control to the vehicle. The Republic of Korea’s Army (RoKA) was the user of the M270 (still in use), but the South Korean government awarded Hanwha a development contract in 2009 to develop a new generation of MLRS. The development of CHUNMOO, under RoKA’s leadership, was completed in 2013, and the series production started in 2014. Protection and simplicity were important principles for RoKA in the development of the system. CHUNMOO is now delivered to RoKA and Korea’s Marine Corps. More than 200 units have been ordered (with deliveries still in progress). The two types of rockets that CHUNMOO can fire today have different ranges.

130 mm uncontrolled rockets (with 2 magazines, 20 rockets in each)

The rocket containers are sealed and can be stored without maintenance for a number of years. Chunmoo is also ready for integration of all types of ammunition from other suppliers like Lockheed Martin, as long as the communication protocols are made available. This means that the system does not limit the user to one supplier of ammunition.

The weapon unit for rockets and missiles has the capacity for 2 magazines.

It has hydraulic alignment system with digital control system. The weapon unit is constructed for self-loading and for unloading of empty magazines. The firing intervals for the 239 mm guided rocket are 5 seconds (1 minute for 12 rockets). For the 130 mm un-guided rocket, it’s 0.5 seconds (20 seconds for 40 rounds)

The high explosive 239 mm long range artillery rocket has a precise navigation control based on the INS/GPS & GLONASS Inertial Navigation System with a CEP of 15 m. The impact detonation mode is for anti-personnel or to destroy installations. Delay feature is for detonating inside buildings or bunkers. The maximum range is 80 km. CHUNMOO has a quick charging system for the two magazines with six rockets inside each. The high accuracy of the missiles also increases the security of nearby own forces/objects to be saved (avoiding “blue against blue”).

The 130 mm rocket is an unguided artillery rocket. The magazines are loaded with 20 rockets each. The high explosive warhead has a plethora of bullet fragments so the rocket can destroy the target more effectively. The rocket is of the type “on target-trajectory correctable munitions” with using air brake discs. They are triggered above the target where the final stage effect should be. The maximum range of the rocket is 36 km.

The weapon carrier is an (8X8) wheeled vehicle that is operated by a crew of 2. The vehicle has independent suspension and CTI (Central Tire Inflation System) as well as the ability to drive with punctured wheel tires (run-flat tire). Protection is in accordance with STANAG level II (front, side, upper, rear) and nuclear, biological and chemical protection (vehicle cabin has collective protection). The dimensions are approx. 8 m in length, 3 m in width and 4 m in height. The gross weight is 31.0 tonnes. The vehicle has a 450 hp Doosan engine (manufactured in Korea) and an Allison transmission. Max. speed is over 80 km/h and the vehicle has a driving range of 450 km along roads. It can run up a slope of 60% and a side slope of 20%. The vehicle is equipped with a navigation system. The fire control system is connected to the C4I network. The CHUNMOO system is exported to a Middle East country (specifically to which country is confidential). The CHUNMOO weapon part can also be mounted on vehicles other than the Hanwha vehicle.

The ammunition re-supply vehicle is operated by a crew of 2. The vehicle is based on the same chassis as the weapon carrier, with the same protection and specifications. The vehicle has an integrated hydraulic articulated crane with maximum payload/max. length: 2.5 tons/6 m respectively. The load capacity is 4 magazines (for 2 CHUNMOO with one load). Charge control is manual or via wired remote control. Loading time is guaranteed to 7 minutes or less (demonstrated during DX Korea 2018 in 2 minutes).

The KTGMS missile (Korean ground-to-ground missile) has a maximum range with two types of 170 km/300 km range missiles. The basic missile has a range of 170 km. By reducing the weight of the warhead, a range of 300 km is achieved. The warhead type is HE fragmentation/thermobaric and the control is INS/GPS & GLONASS. CHUNMOO II will have a maximum range of 180 km. The weapon part will carry a container of two missiles. Warhead type is HE fragmentation/thermobaric & area neutralizing warhead. The missile control is INS/GPS & GLONASS. Use of GLSDB (Ground Launched Small Diameter Bomb) for CHUNMOO is under discussion. GLSDB is a long range precision fire solution that extends the capacity of CHUNMO. GLSDB is designed to meet the development needs of today’s and tomorrow’s armed forces. GLSDB is capable of performing turns and altitude changes and fighting a variety of targets, from hard to non-hard, and adds a new and expanded dimension to target combat capabilities. It’s controlled by an advanced anti-jam GPS/INS. GLSDB consists of two well-known (Combat proven) products: M26/GBU-39. With the GBU-39 one can plan from which direction and angle it should attack (360 degrees). Reach 150 km in the “pointed” direction, but at the same time it can reach 115 km to the side, or 70 km backwards. Pretty good footprint (Accuracy CEP50 is <1m, range150 km). Warhead with break through detonation and fragmentation and has electronic fuze. The laser SDB variant has the capacity to destroy moving targets. Saab & Boeing have demonstrated the capacity of the GLSDB during a test live firing where the weapon successfully localized and engaged a moving target at a distance of 100 kilometres. See: https://youtu.be/kP883020gE0.

Production of the M270 was completed in 2003. In 2006, the M270 was upgraded to fire guided missiles. Range for M26A1/A2: 45 km, M30/31: 70 km, ATACMS: 165 or 300 km, respectively. In 2012, a contract was signed to improve armour protection and glass windows and also to improve fire control to HIMARS standard. CHUNMOO is the world’s newest and most modern MLRS. Simplicity is the most important principle when using CHUNMOO developed by Hanwha Defense under the leadership of RoKA, with long and very good M270 experience. CHUNMOO is a multi-calibre weapon system. Range for 130 mm rocket: 36 km, 239 mm rocket: 80 km, KTGMS: 170 km/300 km, respectively. CHUNMOO crew protection levels are in accordance with. STANAG Level II with NBC protection. The ammunition vehicle also has the same protection.

UPGRADE OF MLRS M270 VS PURCHASE OF CHUNMOO

An upgrade of the Norwegian stored M270 MLRS will probably cost a few hundred million. This author has no prerequisite for making a conclusion on what will be right, upgrading old or acquiring new MLRS. Norwegian Defence Materiel Agency will take care of such calculation. Defence Materiel Agency will presumably and correctly place greater emphasis on operational consequences and life-cycle costs. From a cost-benefit perspective, it may be more profitable to spend relatively more funds in the investment phase of new MLRS, if this results in a reduction in total costs. In addition, the sale of the old M270s can bring in funds that can be invested in new MLRS. For upgraded M270s or CHUNMOO, new ammunition must be procured to Norway and then the cost of ammunition does not mean anything for the choice of MLRS. There is a potential for collaboration with Nammo on ammunition and with KONGSBERG on FCS and others. Hanwha already has a very good logistics cooperation with Norway. 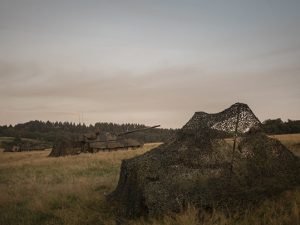 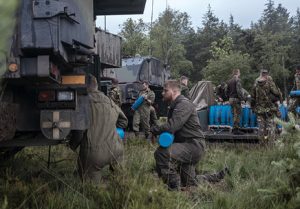 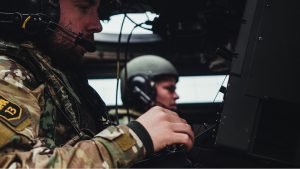 On time, on target 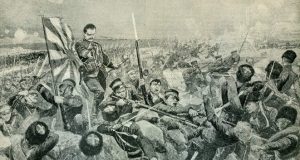 In 1904, war broke out between Tsarist Russia and Imperial Japan; Western nations sent observers to the 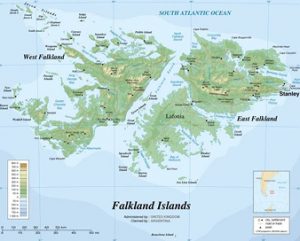 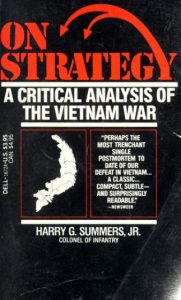 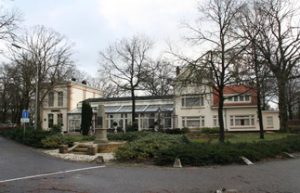 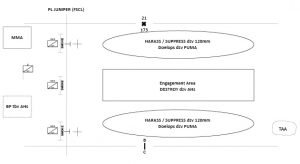 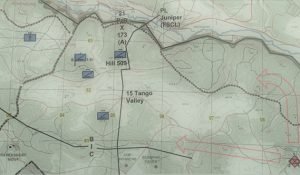 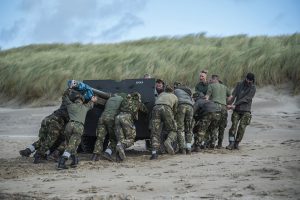 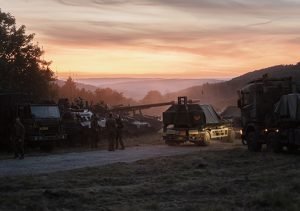 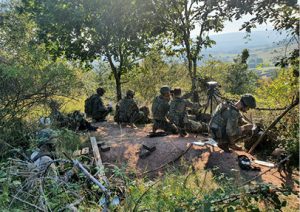 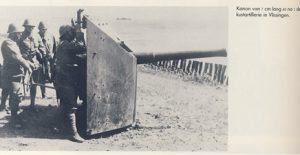 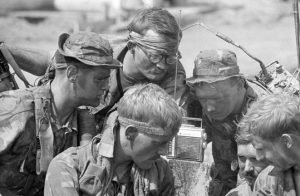 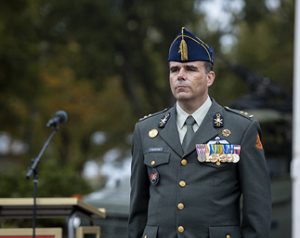 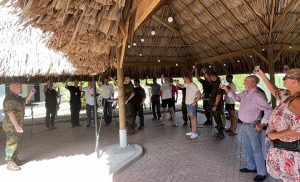